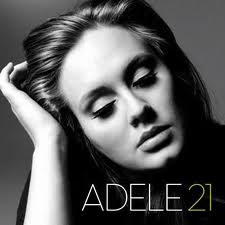 When an album sells 10 million copies it is eligible for diamond certification by the Recording Industry Association of America. According to Nielsen SoundScan, Adele’s Grammy-winning 2011 smash hit record 21 achieved this very prestigious status this month. While only about 20 albums have been certified diamond for the first time over the past 10 years, only five were released in the last decade.

Shockingly enough, the most recently released album to be certified diamond was Usher’s 2004 album titled Confessions which took more than four years to hit that mark. Meanwhile, Adele’s 21 has earned the honor in less than two years.

Here are the albums from the last 12 years that received RIAA Diamond certifications as of October 5, 2012:

Six big deal albums that reached Diamond Status and how long it took them to get there:

One could argue that online sales had a lot to do with Adele’s success but it really doesn’t matter where people bought her record. All that matters is that they spent to the money to buy the whole album and not just specific singles because 21 is that good.

Although 21 was an overwhelming success and earned six well-deserved Grammy Awards, Adele has been flying very much under the radar. Other than contributing a song for the Skyfall soundtrack, Adele has been photographed with her husband and announced that she’s pregnant but that’s pretty much it. Who knows when she’ll be in the studio again or if she’ll ever release an album that big again. But it doesn’t matter. These days when every other song is auto-tuned and so many albums are over-produced or over-popped I’m glad that someone decided to make an amazing record without leaving anything on the table. Thank you Adele for single-handedly saving the music industry from itself to the best of your ability. Enjoy that Diamond Status – you deserve it.