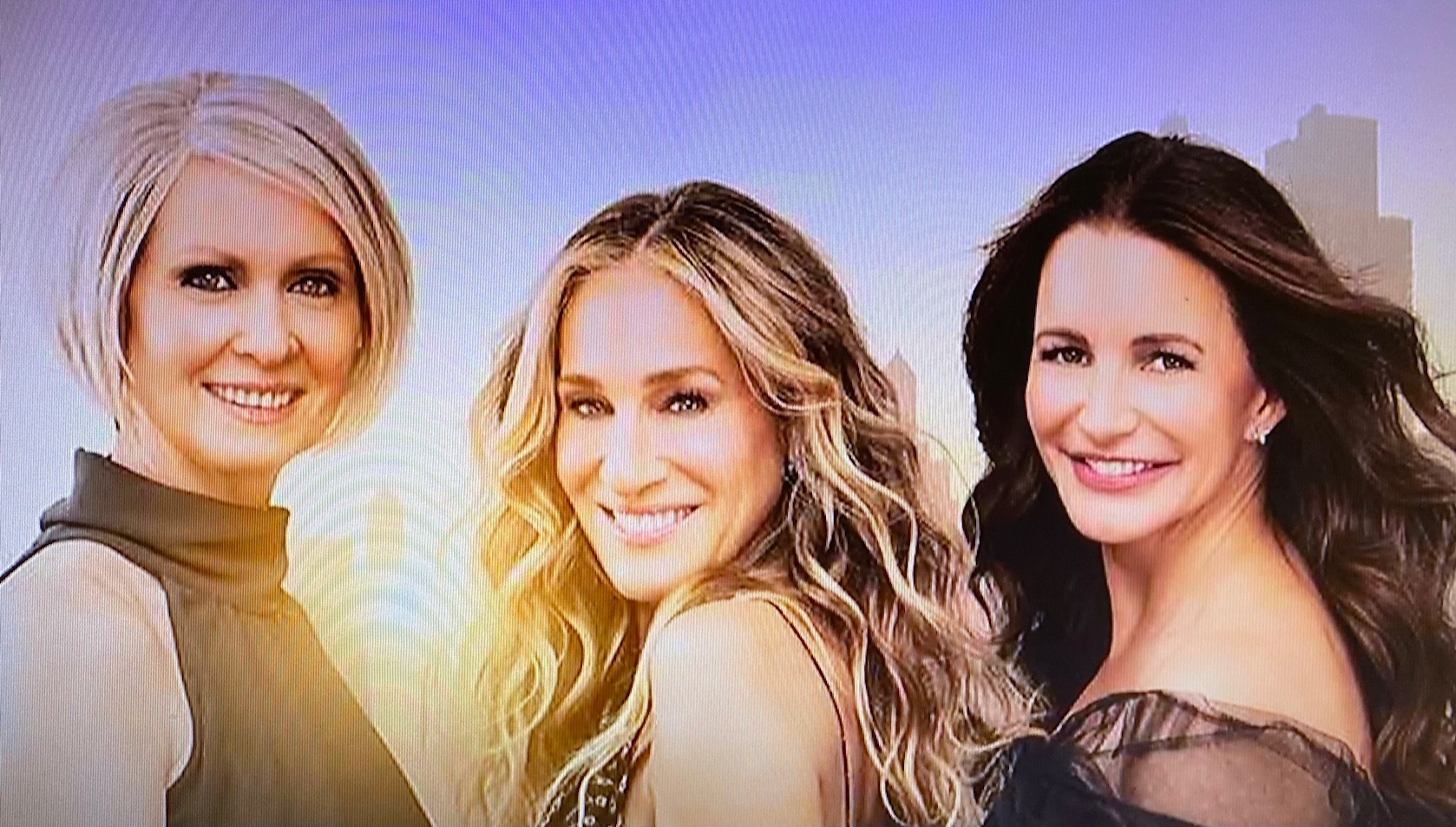 I debated whether or not to write about And Just Like That… for many reasons. First of all, there has been so much discourse regarding the existence of the revival, nevermind the content, that I wasn’t sure I had anything new to add. At the same time it’s hard for me, a longtime fan, to ignore such a big (see what I did there) pop culture moment.

My friends Carly and Shaina got me into Sex and the City during our senior year of high school (we graduated in 2002) so I had some catching up to do because the show began in 1998. I remember being skeptical, but I can’t remember why. Anyway, as soon as I started watching, I was enamored. I was 18 years old but somehow related to women in their 30s – an age that sounded oldish then but here I am at 38 (remember the season 6 episode called “Catch-38”?) still talking about SATC. Go figure.

And here Carly, Shaina, and I are, 20 years later, talking about the SATC revival via our daily text chain. I love discussing all topics (work, kids, significant others, family, dogs, music, etc.) with Carly and Shaina because the three of us are very different and very alike in many ways. So of course our weekly discussions about this show over the last ten weeks have been fun.

A perfect example happened yesterday. I asked Carly and Shaina if they were planning to watch the AJLT documentary (more on that later) because I didn’t want to spoil anything. They both said “probably not” so I told them that in the documentary Sarah Jessica Parker claims she’s only seen each episode of the original SATC series once.

My reaction: What?! How is that even possible?

Carly: Because she’s so humble…haha.

Because of these very different and “so us” reactions, the conversation made me wonder if I would watch the AJLT episodes again. I’ve seen the original seasons many times, but this revival is different. Obviously these women are now in their 50s rather than their 30s (or 40s in the movies) but AJLT is dark. I mean really dark. By now everyone who has been paying attention to the show knows that Big dies in the first episode and watching Carrie go through that kind of horrifying grief is awful. While each character experienced grief over the course of six seasons and two movies, this is next level. Although I (mostly) found myself at the edge of my seat wanting to know what was going to happen next (one exception is definitely the Miranda as an alcoholic storyline), I don’t necessarily need to watch the revival episodes again.

So now that the ten-episode season has come to an end, here are a few notes, observations, and questions:

At this point there is no confirmation about whether or not there will be a second season of AJLT and I’m not even sure that it’s necessary. While watching the show was like seeing old friends again, it quickly became clear that these friends have changed and not necessarily for the better. I get that age is a huge theme but I feel like they hammered the “we’re older now” concept into the ground. What I’d like to see more of is Seema, Nya, and Lisa. Those three could have their own spinoff! Also, more Jackie and Anthony! It would also be interesting to find out how they flesh out the SATC podcast, whether or not Carrie’s memoir gets published, whether or not Miranda and Che stay together, and if Carrie actually starts dating her producer. If nothing else, AJLT got people talking and demonstrated that characters can span decades. Just ask The Golden Girls.