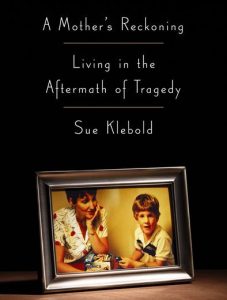 When I was asked to read A Mother’s Reckoning: Living in the Aftermath of Tragedy as a possible book to teach for the CMC course I TA for, I thought the title was a little odd. At first glance I wasn’t sure why young students would be interested in a book written from a parent’s point of view. But then I realized why this was going to matter. The book is written by Sue Klebold, the mother of Dylan Klebold who was one of the teenage shooters responsible for killing 13 people and injuring 20 more at Columbine High School on April 20, 1999. Known as the deadliest high school shooting in United States history, the murder suicide rampage conducted by Dylan and Eric Harris resulted in a whirlwind of changes in school policies including heightened security measures, anti-bullying initiatives, and intense discussions about gun control. Although I was still living in Miami in 1999, I remember the media frenzy that erupted as a result of the shooting. Looking back at the fact that this happened between the Oklahoma City bombing (April 19, 1994) and 9/11, it’s interesting to see how the public, the media, and our country as a whole reacts to these types of horrific violent acts and how things have changed.

But that’s not what Sue’s book is about. As the mother of a murderer, she provides an account of how her life and the lives of her husband Tom and older son Byron were ravaged as a result of her younger son’s actions. She is horrified, shocked, and dismayed and asks the question over and over throughout the book: How could my son do something like this? She talks extensively about Dylan’s childhood, the family dynamics, and how her and Tom handled parenting. She explains that she never would have thought that her son was capable of committing such terrible acts and that the worst part of all of it is that the son she thought she knew was a completely different person.

While this book is definitely intense and disturbing, it’s also very real. In the preface, Sue acknowledges that her decision to write this book might anger or upset the families of the victims but that 16 years later she felt it was her responsibility to share what she’s learned and her journey through grief, shame, and terror. Most importantly, she hopes that telling her story will help others who have lost children to suicide or murder suicide, bring awareness of mental health issues, and assist those who are suffering in finding the help they need. Her descriptions are both candid and transparent and she clearly did her research by consulting with many professionals in several types of medical fields, members of the media, studies conducted about suicide and mental illness, her legal team following the shooting, and members of the sheriff’s department and the FBI.

Because there have been several horrible school shootings since Columbine including Virginia Tech (April 16, 2007) and Sandy Hook Elementary (December 14, 2012) in Connecticut, the book is, unfortunately, even more relevant now than it would have been a decade ago. That being said, it is clear that Sue needed the time to be able to write such a raw story. She talks about how her, Tom, and Byron had to literally go into hiding for months after the shooting because people blamed them for what happened. They feared for their lives as they were going through feelings of shock, pain, fear, denial, shame, and sorrow for the victims and their families. The types of questions they got asked thousands of times were: How could you not have known this was happening? How did you not know your son was a killer? Because Dylan and Eric had committed murder suicide they weren’t there to blame. So the families were forced to deal with the devastation the two of them left behind.

Throughout the book Sue describes in detail the ways in which she physically, emotionally, and mentally suffered as a result of her son’s acts. She couldn’t go out in public, she was depressed, dealt with anxiety attacks, weathered legal and financial issues for years, was diagnosed with breast cancer (which she beat), and ultimately divorced from her husband after four decades of marriage. Her life was left in shambles by the boy she loved and nurtured for 17 years and she would never be the same. Additionally, a new identity was created for her – instead of wife/mother/coworker/friend she was the mother of a killer. Eventually she became involved in groups for people who lost children to suicide and became an activist to raise awareness about mental health issues and suicide prevention. Sue explains that participating and taking on active roles in these groups ultimately saved her life.

It will be interesting to see how students respond to the book – especially since the events took place in Colorado and the fact that they were toddlers when the shooting took place. Will they think that this was an indulgent way for Sue to set the record straight or will they agree that it was important for her to tell her story? Will they have sympathy for Dylan or will they hate him? Will they blame Sue and Tom for what happened or will they think that Dylan did such a good job convincing everyone that he was a normal kid that no one could have seen anything like this coming?

I can’t imagine how the families of the victims will feel when they read her book. Will it evoke horrible memories or will it be cathartic? That’s another topic that will be interesting to discuss with the students. Either way teaching this book will definitely be an education on my side and I hope it will be for them as well.