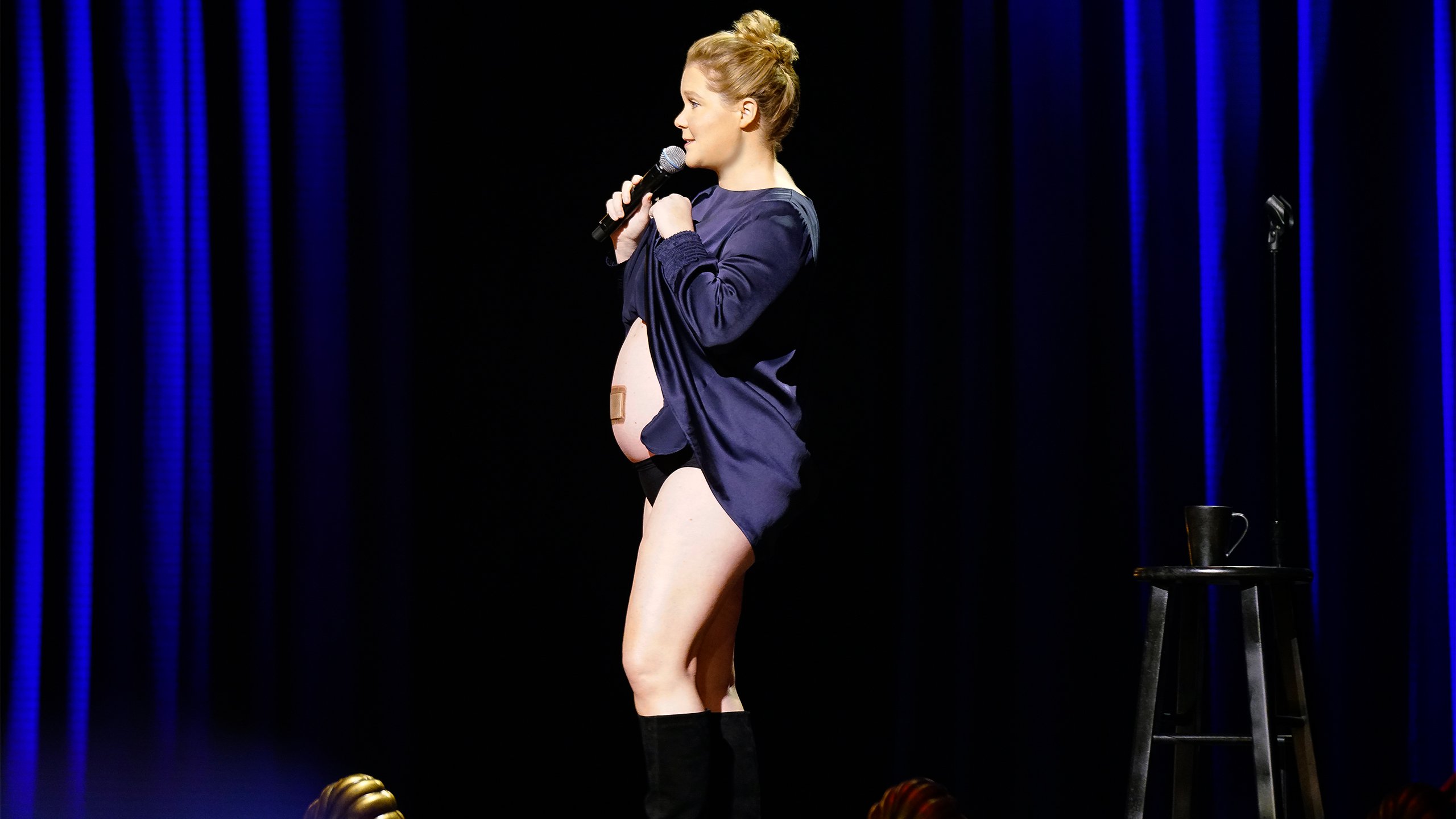 Two nights ago, Amy Schumer’s Netflix special Growing debuted and I was ready to watch. I had read that she talked a lot about pregnancy so I thought her candid take on this interesting process would be funny. And it was! That being said, I wonder if I would have tuned in if I wasn’t pregnant. While Schumer isn’t always my favorite – sometimes female comedians take things too far for shock value and she is no exception – I found her both funny and relatable in Trainwreck and a few other skits I’ve seen so I tuned in.

In addition to pregnancy, Schumer talked about getting married, what it’s like being a woman in her thirties, and how much things have changed since she was single and on the prowl. One of the more shocking topics was also one of the most genuine – when she discussed her husband being on the autism spectrum. She provided funny examples of his inability to recognize social cues but also spoke fondly of him: “He can make me feel more beautiful than anyone has in my whole life.”

While sometimes I think Schumer is hilarious and sometimes she’s too much, in this standup special she was just enough. I definitely could have done without tampon jokes – to me they are equivalent to dick and fart jokes that make my eyes roll – overall Schumer was cleaver, bold, and brave. She also took a few hilarious shots at millennials and at men living in the #metoo climate. “I don’t know what I’m having but I hope it’s a girl; it’s such a scary time for men.” Brilliant.

Throughout the show, she mentioned multiples times that she’s had a tough pregnancy due to being hospitalized a few times with Hyperemesis Gravidarum (HG). I looked it up: it’s a “pregnancy complication that is characterized by severe nausea, vomiting, weight loss, and possibly dehydration.” It sounds absolutely horrible and made me think about how difficult it must have been for her to stand on a stage, wearing a dress and high-heeled boots, and talk for an hour straight. It’s hard enough to do that on the radio, nevermind in front of a live audience! Part of me thought she was going to get sick on stage but thankfully that didn’t happen. Instead, the audience, both in Chicago and at home, got an hour of unfiltered, thoughtful, and honest comedy from a woman who has come a long way from Trainwreck.