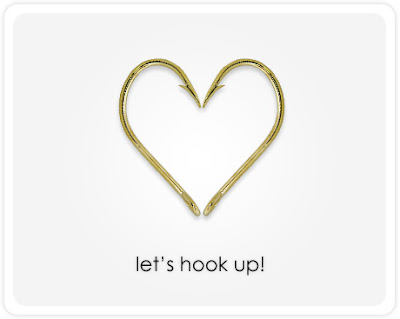 As we all know there is a lot that goes into making a successful song and you can never outguess the listener. A single that one person might think will top the charts may never reach the top ten while another song will surprisingly be the hit of the season. Either way, the hook is what catches the listener’s attention so most likely it will be found in or consist of the chorus and will function as the mouthpiece of the song. The hook is also a musical or lyrical phrase that stands out and is easily remembered because it’s attention-grabbing, easy to dance to and has lyrics people can sing along to.

It recently dawned on me that when it comes to hip hop and rap songs the hook is usually sung by a female who has a killer voice.

Clearly Rihanna has recently become the queen of the hook which has only added to her appeal. I really like Rihanna but I’d honestly rather hear her voice as the hook in conjunction with a male voice instead of just hearing her voice throughout an entire song. Jay-Z definitely knows how to pick ‘em when it comes to females singing the hooks to his songs since he has chosen Rihanna, Alicia Keys and Beyonce for past songs. “Run This Town” and “Empire State Of Mind” have been inescapable this year and when Jay-Z sang with Beyonce in “’03 Bonnie And Clyde” everyone’s ears perked up.

Eminem recently scored a top ten hit when everyone’s favorite Barbados girl joined him in “Love The Way You Lie,” while B.o.B. and Hayley Williams recently performed “Airplanes” on the MTV Video Music Awards. In 1999 Moby found that one of the most popular songs on his album Play and ultimately one of his most successful songs of all time was “Southside” featuring Gwen Stefani.

So does this mean that having a female voice to sing the hook of your song guarantees a hit? Not necessarily. But, I do find it interesting that these collaborations have become exceedingly popular and frequent over the past decade. I’m always a fan of collaborations, especially when fusing rock and rap together, because I think some amazing music has come out of these partnerships (i.e. Aerosmith and Run D.M.C. singing “Walk This Way” in 1986) but it’s hard to know when something is going to work. I’m by no means a fan of Hayley Williams’ band Paramore but I do love her hook on “Airplanes.” Who would have guessed? Also, while collaborations between males and females is nothing new (i.e. Mariah and ODB on “Fantasy” in 1995) I think the partnerships have made a much more significant impact on the music business in recent years. Whether it’s a female featuring a male or vice versa I hope that these collaborations continue because in an industry that seems to be fading more and more as the days go by these creative choices throw a welcomed spark to an unfortunate situation.