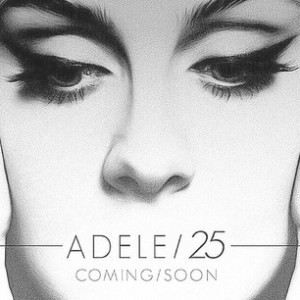 In two days Adele will debut new music! Finally! Through a short letter and video teaser, Adele announced today that her new album 25 is coming soon and that the music-loving public will hear the first track on Friday! This is a huge deal considering the last time Adele released an album it was January 2011. That means it’s been almost five years since her award-winning, record-breaking smash hit 21 ruled the world for two years.

Here is the quick clip that proves we are in fact getting new music from my generation’s biggest voice:

Since its release almost a half a decade ago, 21 has been certified Diamond and has sold over 30 million copies. Although the album was released in January 2011, it was the best-selling record for both 2011 and 2012.  At the 2012 Grammy Awards, Adele won Album of the Year and Best Pop Vocal Album for 21, Record of the Year, Song of the Year and Best Short Form Music Video for “Rolling in the Deep,” and Best Pop Solo Performance for “Someone Like You.”

Additionally, 21 topped the charts in more than 30 countries. In the United States, the album held the top position for 24 weeks, longer than any other album since 1985 and the longest by a female solo artist in Billboard 200 history. Ubiquitous singles including “Rolling in the Deep,” “Rumour Has It,” “Someone like You,” and “Set Fire to the Rain” became worldwide number-one hits and no matter how many times they were played no one seemed to get tired of hearing them.

During that time there was absolutely nothing that could stop Adele. She was a musical force who not only had an extraordinary voice, but who also wrote lyrics that meant something. In addition to her vocal prowess, she came off as approachable and relatable because she was able to turn her heartbreak into music gold. And then she disappeared. Over the last few years Adele got married and had a baby and is now in her late 20s. Although the album is called 25, at this point she is 27 years old and clearly ready for everyone to hear what she’s been working on. I’m sure there are questions about whether or not the followup to 21 will be as massive but only time will tell.

In the meantime I’m very excited for 25 and will be tuning in on Friday to hear what Adele has in store for us!