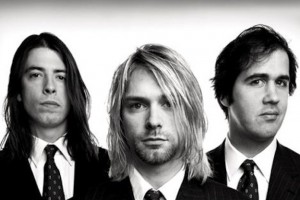 When I saw the words “Nirvana” and “Musical” in the same sentence today on www.rollingstone.com I clearly had to find out what was going on. My initial reaction was excitement about the possibility of a Green Day/American Idiot-type musical with Nirvana songs providing the soundtrack. But then I remembered who is in charge of the Nirvana estate and thought to myself, “Is crazy Courtney Love going to allow this?” Unfortunately my second thought was accurate.

Earlier today Love shot down rumors of a Nirvana musical after talk surfaced concerning her sometime co-manager Sam Lufti leading the musical with her blessing. But of course crazy Courtney made it clear that there would be no musical and stated, among other disjointed nonsense, that “sometimes it’s best just to leave things alone.”

While Love has been talking to director Brett Morgan about a possible film about her life since Kurt Cobain, she continues to take a hard stance against the commercial use of Nirvana’s work and legacy.

Although it is common knowledge that Love is no stranger to bad choices and I can’t possibly understand what it’s like to be in her shoes when it comes to Cobain’s work, I also can’t help but wonder what a Nirvana musical would be like. The possibilities are endless! Especially since American Idiot did so well on Broadway during its 2010-2011 run. The musical won two 2010 Tony Awards: Best Scenic Design of a Musical and Best Lighting Design of a Musical. It also received a nomination for Best Musical and won a Grammy Award for Best Musical Show Album.

Can you imagine what it would be like to hear Nirvana classics like “Lithium,” “Smells Like Teen Spirit” and “Come As You Are” on a Broadway stage? Somebody please get Dave Grohl on the phone!