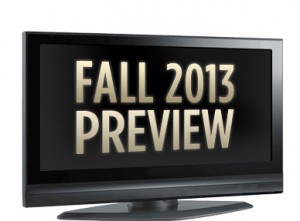 I’ve said it before and I’ll say it again – fall is a great time of year. Colorado shows its beautiful red, orange and yellow colors, the football crazies come out of the woodwork, the weather gets a little cooler, September is Virgo time and my favorite shows come back on television. Here are a few to start talking about:

Sons of Anarchy – After watching the first 20 minutes of last night’s premiere I had to turn the TV off. This show has officially become too difficult for me to watch. What used to be a show I couldn’t wait to watch each week has become a never-ending, constantly-unraveling cornucopia of violence, anger, tragedy and gore. Although the acting is superb and I’d like to know how the biker Shakespearean tragedy ends, I find myself looking away more often than I am intrigued. I used to like Sons because of the intricate characters and storylines – now it’s like the show is focusing more on being the most hardcore display on television rather than delivering high-octane action. I like being excited about shows and feeling the adrenaline of the drama but I don’t want to brace myself every time I turn on an episode.

The Good Wife – As far as I’m concerned this is the best show on television right now so I’m looking forward to it starting on September 29. Last season ended with two big cliffhangers: Alicia and Cary decide to go out on their own and Peter wins the governorship. There are also questions of whether Kalinda is staying with Lockhart/Gardner, how Will and Diane will react to the Alicia/Cary mass exodus and whether Alicia chooses Peter or Will. These smart characters are always given storylines that are extremely relevant so I’m eager to see what’s next.

Nashville – On September 25 this music drama returns and I can’t wait. Last season ended with a proposal, a death, a relapse and a car crash with the best soundtrack I’ve heard on a show in years. The premiere episode of season two will take a look into the past, specifically that of Rayna and Deacon which is something I’ve always wanted to see. Flashback episodes are always my favorites in any show because I love backstory and it sounds like this is going to be a premiere to remember.

Scandal – Although this show is clearly a guilty pleasure it’s also well-written and the characters have so much depth it’s hard to not want to know everything about each of them. That being said there have definitely been a few episodes that went into Sons territory (some of the worst physical and emotional torture I’ve ever seen) and so much has happened in such a short amount of time I’m very interested to see what they come up with next. On October 3 we will find out what happens to Olivia now that the press knows that she was Fitz’s mistress and what kind of backlash will ensue now that we know that the head of spy ring B613 is her father.

Revenge – At the end of last season Declan dies, NYC goes dark and Emily finally tells Jack who she is – yet she still plans to marry Daniel. On September 29 we will see Emily taking shots to the stomach in the first minute of the premiere and then, in true Revenge form, the premiere will start the flashback sequence that will take us through the season. Here’s hoping this one is more like season one than season two i.e. more red sharpie action and less initiative nonsense.