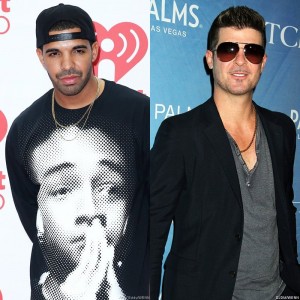 Although the 56th Annual Grammy Awards ceremony doesn’t take place until January 26, 2014, the nominations will be announced on December 6 and as always I’m eager to find out which artists are the chosen ones. Like last year, LL Cool J will host the live show at the Staples Center in Los Angeles.

Many have said that Thicke is a top Grammy contender since “Blurred Lines” has been ubiquitous all year. In the past Thicke has won Grammys for writing songs for Usher and Jennifer Hudson. Others predict that Macklemore & Ryan Lewis also have a strong chance to win as they have garnered three international hits and a platinum debut with The Heist.

A few changes approved in June by the Recording Academy’s Awards & Nominations Committee and my thoughts on the changes:

A new category for Best American Roots Song has been added to the American Roots Music field. It is a songwriter’s award and will include all the subgenres in this field such as Americana, bluegrass, blues, folk and regional roots music.

I’m glad they made this decision especially since acts like the Lumineers and Mumford & Sons have taken the genre to a whole new level.

Great call Academy! Metal and rock should be two different categories and this gives a larger number of deserving acts a chance to win.

Not sure how necessary this is since music videos are not nearly as important as they used to be. A shame since I think music videos do a lot for songs and artists.

These changes bring the total number of categories at the 2014 Grammy Awards to 82 which is a lot and will do nothing to help with the length of the show but thankfully only the big categories are televised. Looking forward to hearing the nominations in December – until then I would love to know who you think will be nominated!