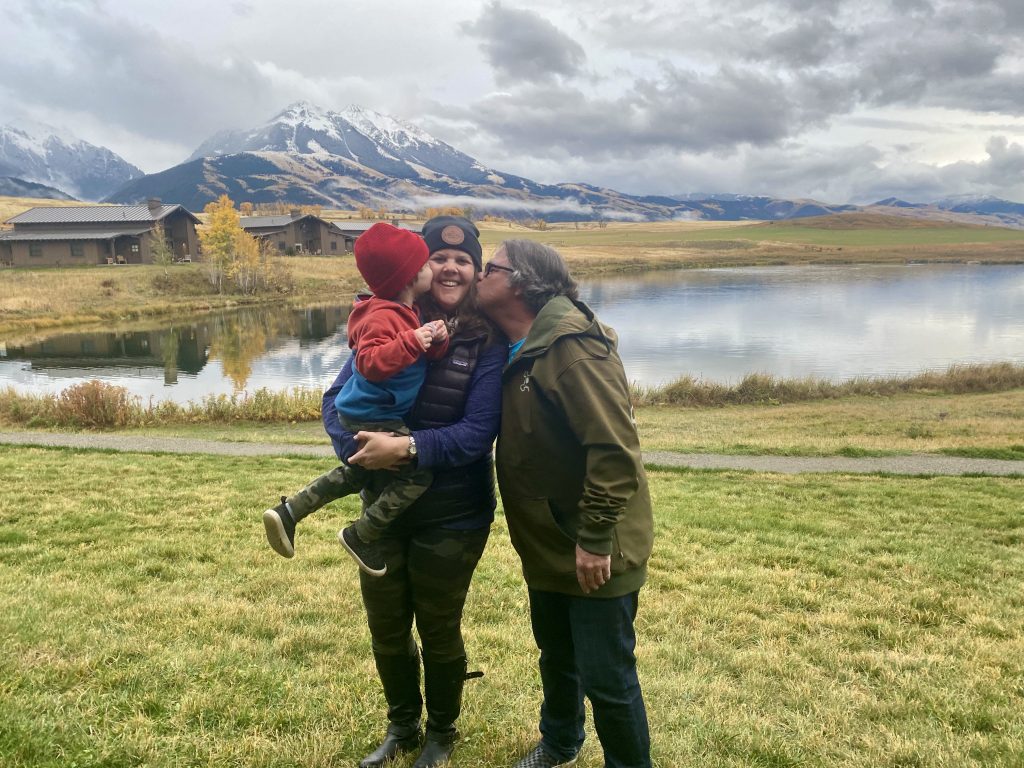 Here I am on December 30 writing another year in review. When Fleet was a baby, someone told us that “the days are long, but the years are short.” That statement seems to get truer and truer every year – and not just regarding Fleet.

Looking back at my year-end Lieff Ink posts from 2020 and 2021, I noticed a few themes: 2020 was all about patience and bravery and 2021 was all about prioritizing what’s best for my family. Thinking back on 2022, I would say the theme was change. Wookie went back into the working world after being a stay-at-home dad for two and a half years and Fleet started pre-school. Both changes were a big adjustment for our family, but they have both found their groove.

Fleet turned three years old in May (in a snowstorm similar to the day he was born) and Wookie’s 50th birthday weekend was a celebration we’ll be talking about for many years. We traveled with GranAnn to Miami and Montana – what a trip to be back at old stomping grounds. Sedona turned 14 (I can’t believe it) and Zephyr turned four. They are the best girls.

Professionally I had a big year – especially in terms of my book. I’m pleased to say that in 2022 Wookie Is Not His Real Name celebrated its one-year anniversary, officially became part of the Library of Congress, and was reviewed by The Snowboarder’s Journal. We were also invited to participate in The Bookworm of Edwards’ local author and artist spotlight.

As always, I enjoyed tutoring my VMS and CMC students, watching my clients continue to succeed, and freelancing for publications like Covered Bridge, Mountain Lifestyle, and the Glendale Cherry Creek Chronicle. 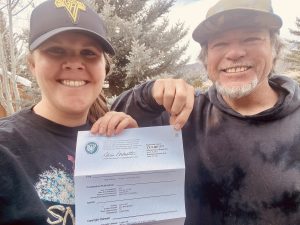 I also just realized that I read 17 books this year! I had no idea until I looked back at my 2022 book reviews of the following:

Mary Jane – Jessica Anya Blau | The Seven Husbands Of Evelyn Hugo – Taylor Jenkins Reid | Greenlights – Matthew McConaughey | This Will Only Hurt A Little – Busy Phillips | The Nineties – Chuck Klosterman (welcome back Chuck!) | Such A Fun Age – Kiley Reid | People We Meet On Vacation – Emily Henry (this was my least favorite of the year) | Book Lovers – Emily Henry | Bookends – Zibby Owens | Talking As Fast As I Can – Lauren Graham| The Plot – Jean Hanff Korelitz | Tell Me More – Kelly Corrigan | Carrie Soto Is Back – Taylor Jenkins Reid (my favorite book of the year!) | My Salinger Year – Joanna Rakoff (I watched the movie after reading which was interesting) | A Visit From The Goon Squad – Jennifer Egan | The Elegance of a Hedgehog – Muriel Barbery | Red Notice – Bill Browder. 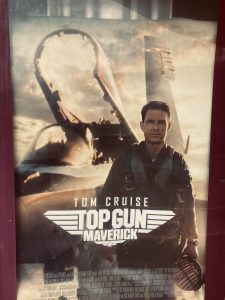 The movie of 2022 was, without a doubt, Top Gun Maverick. We saw it in the theater during its opening weekend in May and watched it for the second time last week when it began streaming on Paramount Plus. As predicted, Maverick was just as good, if not better, the second time.

As for television, The Bear blew everyone away as it was equally intense, funny, and heart-wrenching – especially for our chef friends who were either glued to every episode or had to walk away because it was causing kitchen PTSD.

After being told by everyone on the planet that Ted Lasso was the funniest show on TV, we finally watched it and wow I’m glad we did. We watched both seasons twice because that kind of rapid speed dialogue and emotion requires multiple viewings – and it also features some of the best one-liners ever written. And then there was And Just Like That…which was a mixed bag of emotions as I revisited the ladies I watched in high school and college with Carly and Shaina. It was great to see them again but I’m still wondering if the whole thing was necessary.

I also enjoyed watching the movie version of The Tender Bar (I read the book in 2020) and documentaries about Janet Jackson, Machine Gun Kelly, and Jennifer Lopez. And of course I need to mention Yellowstone which will continue to bring the hurt, drama, and wild west ambition into 2023.

We unfortunately only saw three lives shows this year which I can’t believe: Kenny Wayne Shepherd at the Paramount Theatre in Denver, America at the Vilar in Beaver Creek (tickets given to us by my mom who couldn’t make it at the last minute), and The Wallflowers at The Belly Up in Aspen (a bucket list venue that was worth every penny). All good shows at small venues! 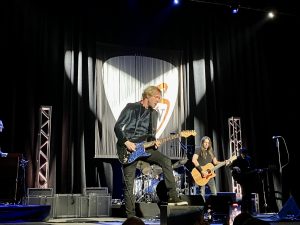 My favorite albums and songs released this year that I played on the radio a lot:

Here’s to a happy and healthy 2023. I’m looking forward to watching Fleet continue to learn and grow. I am looking forward to celebrating another birthday with my mom next month. I’m not quite ready talk about how 2023 is the year I turn 40, but I will get there. More hikes with the pups, snowboarding, writing, live music, and watching Fleet try new things are always the most important and most memorable. He blows our minds on a daily basis. Wookie you are my best. ❤️ 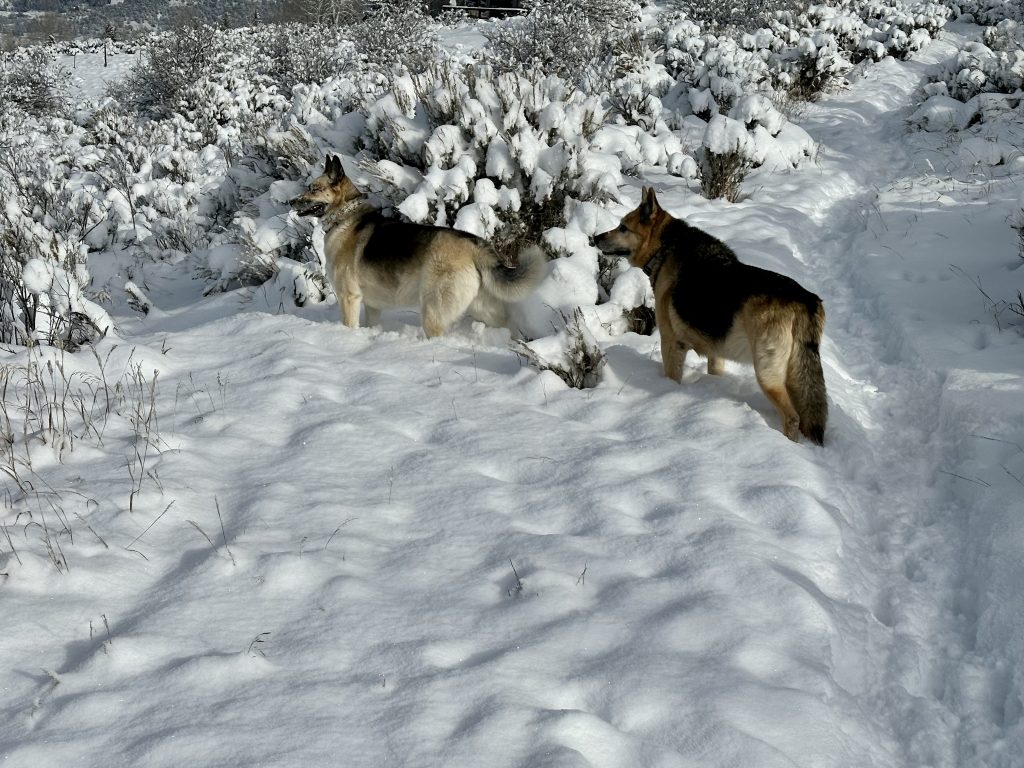