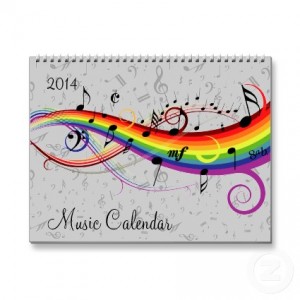 Now that we’ve officially started a new year I figured I’d recap the music of yesteryear and preview what’s coming in the next few months.

Justin Timberlake’s The 20/20 Experience sold 2.43 million copies and was the only album to sell over 2 million in 2013, which marks the lowest top-seller in SoundScan’s 22 years of tracking sales.

None of those are really surprising other than Florida Georgia Line and Imagine Dragons. Although the former won a bunch of CMAs this year I think they are horrible! It’s like what’s his face from Creed started singing country music. I just don’t get it. Also, I think Imagine Dragons’ big single “Radioactive” is awful – every time I hear it I think that there is something wrong with the radio and it’s on repeat. They literally say the same line over and over again. Ugh.

Although everyone and their mother loves the song “Blurred Lines” I think Rihanna’s “Stay” and Lorde’s “Royals” are the better songs. Don’t get me wrong – Thicke’s jam is the catchiest of the catchy but there is so much auto tune there it’s getting hard for me to listen to it. On the other hand, Rihanna dialed back the pop and came up with a heart-wrenching ballad that is absolutely Grammy-worthy while Lorde’s song is unlike anything I’ve ever heard in the best way possible. I bet MIA smiled when she heard it.

What to look forward to in the first few months of 2014:

January 14 – Bruce Springsteen, High Hopes (When does the Boss not deliver an excellent album?)

Sometime in January – Blondie, Ghosts of Download (They haven’t released an album since 2011 and 2003 before that and that title definitely caught my attention so this should be good.)

Sometime in February – The Presidents of the United States of America, Kudos to You (The band known for their affinity to peaches are back for the first time since 2008.)

March 25 – Johnny Cash, Out Among the Stars (A posthumous studio album from the late great is comprised of recordings from lost 1980s sessions with famed producer Billy Sherrill which were shelved by Cash’s record company, Columbia and discovered by Cash’s son John Carter Cash in 2012.)

That’s some good stuff coming from some old souls. Cheers to a year of excellent music!