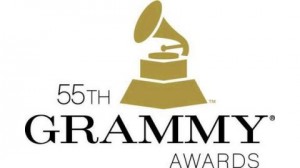 Could this year have been any more random in terms of popular music? Apparently everyone liked everything as pop, alternative rock, campfire music, country and every genre in between earned Grammy nominations this year. And to top it off there is no real front runner.

As we all know, Adele absolutely cleaned up at last year’s Grammys, winning all of the major categories and blowing the roof off Staples Center with her smash hit “Rolling in the Deep.” It was an incredible show and the most deserving artist won big which always helps to restore my faith in humanity. Also, Adele’s efforts were solidified further when 21 earned Diamond Status last month – only two years after its release.

So who will win this year? It’s a tough call but for the record I always root for the Black Keys in any category.

While I’m looking forward to Mumford, Rihanna and the Black Keys (my favorite by far), I’m tired of watching Swift’s fake surprised look when the audience applauds, if I hear Gotye’s song one more time I’m going to lose it and although “Call Me Maybe” was clearly the song of the summer I feel like Carly Rae’s time in spotlight should be over definitely. We already have Katy Perry at every awards show and she’s more than fills the annoying female pop quota.

I miss having Adele and the Foo Fighters in the mix – quality music that we will still be listening to in 20 years rather than the latest trend. Maybe Kelly Clarkson and Jack White will do a duet and remind everyone why the Grammys should be worth watching.

In the meantime here are the nominees for this year’s main categories:

Record of the Year

Album of the Year

Who do you think should win?